What is the weirdest random fact about yourself (something you’ve done, something you like, somewhere you’ve been, etc.)?

Thank GAWD this is the last one!

But y’all know me by now, I simply cannot follow the rules, even when I made the damn things. So here are a few weird random facts…

I hope that everyone has had fun doing this! I also hope that y’all figured out the same thing from this that I did…

I’m not actually all that weird. 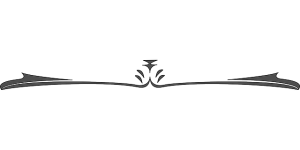 Go check out what the other kids had to say…

What is the weirdest thing you collect?

In all honesty, I collect several different things, none of which are overly weird – at least not in my mind.

They live on top of my desk at work. Bonus shot of husband-butt.

That’s a slightly better view of them. 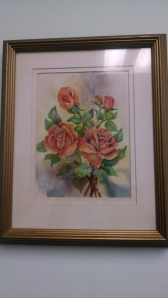 That one is an original watercolor painting that I’ve had for 20 years. It hangs in my office now.

This one is a shrinky-dink rose that Josh drew for me. I also have a Swarovski crystal rose, a wooden puzzle box rose from my sister, an oil painting hanging in my office, a ceramic rose, a bouquet of purple duct tape roses from the kid, there’s a small filet crochet rose valance along the top of my desk at home, several decorative plates featuring roses, and a very large red plush rose from Josh. And these assorted pretties that live at the office…

One of those is metal (copper, I think), one is leather, one is very thin wood, one is a painted shell, and the one hanging out of the blue/green vase is beaded.

He also started me a collection of dragonflies. 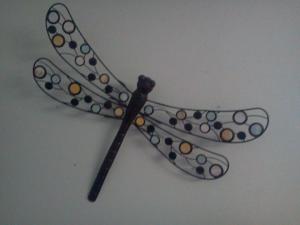 That guy has a wingspan of close to 3ft. I also have a much smaller painted glass dragonfly, a painted glass candle holder, a brick-stitch beaded dragonfly that I made, and a very tiny pewter dragonfly mounted on a flat blue glass marble that my youngest niece is fascinated by.

That’s the beaded one I did. He hangs off my desk.

I am also quite fond of things with Celtic knot work. 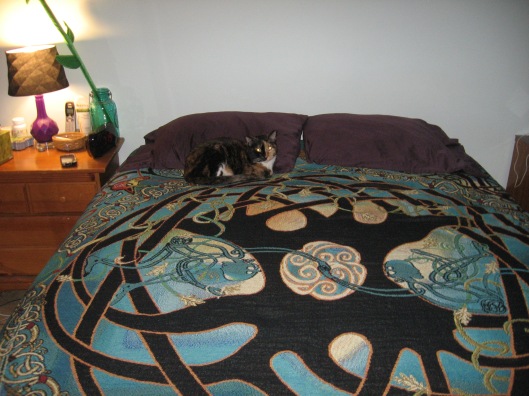 I’ve got a few Green Man pieces and some really lovely green glass suncatchers stamped with Celtic motifs as well.

So really, I don’t think any of this is necessarily weird, but it is a rather interesting assortment of collections.

While you’re hanging out on the interwebs, why not go check out this collection of weird people?

What is the weirdest habit/routine you have?

Hmm, I tend to have a LOT of routines, mostly because routines help those of us who have Bipolar function just a little bit better most of the time. Fewer decisions that have to be made on the fly lessen the likelihood of cognitive overload. Doing the same shit the same way all the time lessens the likelihood of forgetting something important, like taking pills. And in all honesty, routines are efficient. If I’ve taken the time to figure out the best way to do something once, why the fuck should I do that thinking shit all over again?

Really though, I suppose at the very heart of the matter is the fact that I am…

I imagine the “routine” of mine which is maybe most weird is my getting ready for bed routine. (it’s in quotes because it’s kind of long and involved and maybe isn’t as much a routine as just a string of shit I do every fucking night)

For fuck sake, Mama, get on with it! 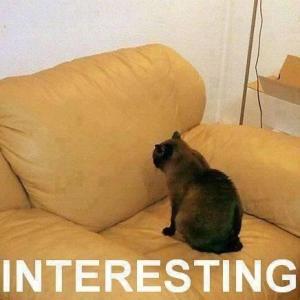 It sucks to be old and mental

As for habits, I have quite a few of those as well. 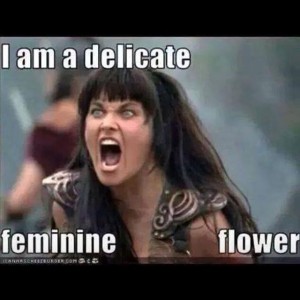 I find these people routinely weird, maybe you will, too.

What is the weirdest thing you do to relax?

This may come as no surprise to y’all, but I find organizing shit very relaxing. It drives Josh and Mom nuts sometimes, but there are few things that will ease my aching brain like being able to tear apart an area that isn’t efficient or functioning well and put it back together in way that is both more efficient and more functional. If it’s also more aesthetically pleasing, BONUS!

I could have rebuilt him for way less money, a lot faster, and he’d have had some great special attachments

I’ve actually talked to shrinky-poo about this need to clean and organize, and she says it’s perfectly fine. What happens is that when my brain is having trouble keeping all of my thoughts sorted out, chaos in my physical surroundings gets to be entirely too distracting and problematic. If I can calm the physical chaos, it becomes much easier to calm the mental chaos.

This coming weekend Mom and I have plans to tear apart the under-the-stairs storage area. She’s got some stuff under there and I’ve got some stuff under there. And given that we’ve pretty well decided that I’ll be living here a good long while, there’s no sense in hanging on to crap I really don’t need anymore. I’m really hoping I finally find the damn cross stitched rose pictures I appear to have misplaced.

Why don’t you go see what the other weird kids are doing to relax?

What is the weirdest thing about you that other people don’t usually know?

We’ve already talked about my 13 tattoos, so that’s not it. I think it’s relatively common knowledge that Josh is my 3rd husband, and that’s not all that weird anyway. None of my hobbies are particularly odd. I’ve been out of the country before, but only once and that was more than 20 years ago. I’m not really all that obsessive about anything and I don’t hoard things. And maybe the hardest part of this is that I’m mostly an open book – I’ll talk to damn near anyone about damn near anything.

Dammit. Who wrote these lousy fucking prompts? Oh, that’s right, it was ME.

I guess since this is my goat-rope, I’ll go ahead and cheat like the fiend I am and give you a list of things. 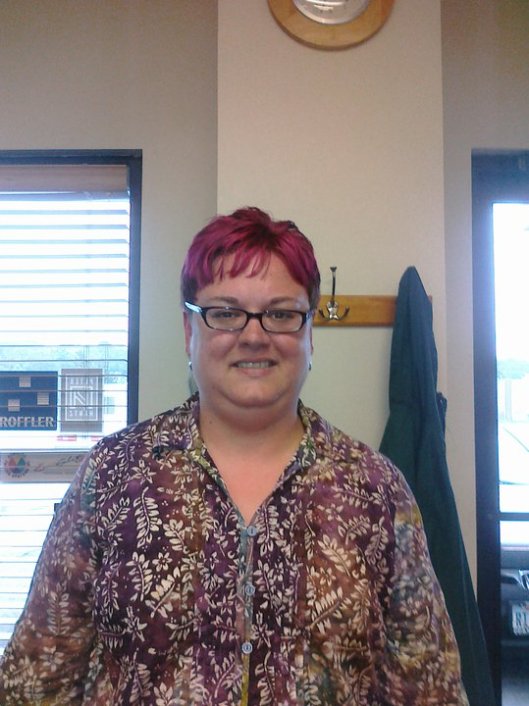 Dear christ, don’t I look like a fucking school marm?

Go see what these other weird folks are up to…

What is the weirdest food/food combination you like that everyone else thinks is nasty?

Gah, I came up with these rotten ass questions and now I can’t think of what I should say for this one!

The way I was raised has resulted in me eating damn near everything. The list of food I utterly refuse to eat consists of one thing – liver. There are a few other things I prefer not to eat, almost entirely due to their texture, but I will eat them. That list includes avocado, fresh mango, lima beans, brussel sprouts, and really just about any kind of bean except green.

You’d think that this would just scream for some kind of weird combo, but not so much. I tend to go for taste combinations that are not that unusual by the standards of your average white girl in North America. I like chocolate and peanut butter, whipped cream on most sweet things, potatoes next to my meat… 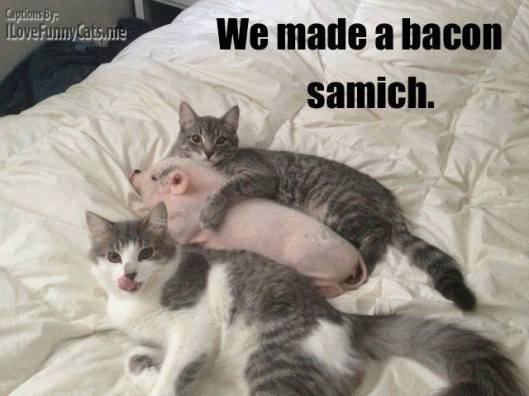 Dammit I’m having a hard time with this.

Mom makes this thing for breakfast sometimes that involves scrambling eggs over shredded hashbrowns, but that’s not really weird. Very tasty, not weird.

I like to eat plain ridged potato chips – Ruffles are best – with tzatziki, which is a Greek cucumber/yogurt sauce. But Mom and Josh also really like that, so maybe not that weird.

The only thing that really comes to mind is my odd love of cooked onions. I’d rather have sauteed onions than any kind of sauce on a steak or a burger. I put onion in with any veggie mix that I throw on the grill. I can eat an entire softball size cooked onion by myself.

Of course, there are consequences…

I assure you, it does NOT smell like rainbows.

Josh has informed me that it is way weirder that I prefer to eat damn near everything with utensils, which is true. I will eat hot dogs, sandwiches, and chips with my bare hands, but I will not gnaw on a chicken leg – I’ll pull the meat off with a fork and then eat it. And I have been known to eat cheese fries with a fork. But that’s not weird, it’s just sanitary. 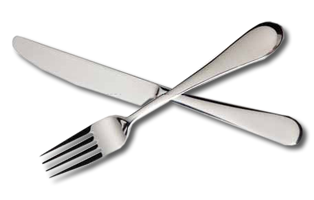 I guess maybe when it comes to food, I’m just not that weird after all.

If that wasn’t enough weird, go check out Farmer Farthing, Alice at Wonderland, RosieSmrtiePants, or Knocked Over by a Feather

Not sure if anyone remembers or not, but next Wednesday begins the official 7 Weeks of Weird. To see the weekly prompts or to sign up, either click the tab under my blog header or click here to go to the page. I still haven’t setup the link-up thing, but I’ll try to get that done. Again, feel free to swipe the “weird” banner above or make your own, matters not to me. I’m really looking forward to reading all of these.

As promised, there will be a challenge this summer. I don’t have quite everything setup yet (mostly this interesting link up thingyjigger), but here’s what I do have.

That’s basically it. Here are the prompts:

If you’re interested, leave me a note in the comments. I’ll put up a sign up form on the page (that I still need to create, fuck) just as soon as I get off my macaroni-salad-eating-dead-ass.