Oh so much fun and some newness – can you stand it? Let’s get to it then.

First up is your pretty/shitty pic for the week. This is a recurring theme for me. Lots of folks who have no business being parents to anything more than sea monkeys breed like gawddamn rabbits while other people who would make excellent parents are never given the chance. WHAT THE FUCK, UNIVERSE???

Now, for the new. Last week I decided that one of my goals for the Building Rome “challenge” would be to do more creative things. Juls issued me a specific challenge to draw an alien. I did, she loved it, I enjoyed the process immensely. Then on Monday of this week I got fed up with my boss and drew the devil. And loved it again. So then Juls decided we should both draw cats in hats. And then we decided it should be an officially official challenge. What would an officially official anything be around here without a new banner?

That was done the same as my other pictures have been – crappy markers on sketch paper. Now, this is my entry for this week’s challenge – a cat in a hat.

I’ve got to say, I am having a TON of fun with these pictures. I don’t think I’m necessarily very good at drawing, but it’s putting me back in touch with my inner kid.

I will most likely just be rolling my happy little ass out of bed when this post gets published. I have stayed up past my bedtime tonight working ahead on the “7 weeks of weird” posts. Fortunately I had the good grace to remember that I didn’t have anything ready for y’all before shutting everything down and packing it all up for the conference.

If you’re not any of those people…

life, limits, pretty/shitty, random shit that falls out of my brain, the world is full of fucking idiots, work 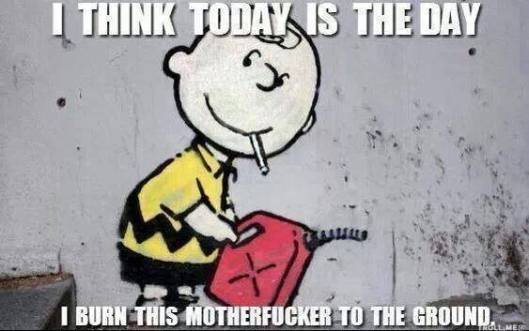 (ok, so technically it’s 7:50pm Thursday evening my time when I’m writing this – fucking pretend with me already)

I’m hoping that this post finds you doing well, and if you’re not doing well, I hope you got the bastard’s license plate number so you can turn his rotten ass in to the proper authorities.

My day will most likely consist of fighting with my shiny new work computer that refuses to play nice, lugging my very large laptop around, trying to get MANY days worth of system testing done in a single day, and only smoking full cigarettes on the way to and from work because it will have been entirely too fucking hot to stand outside and smoke a whole one. 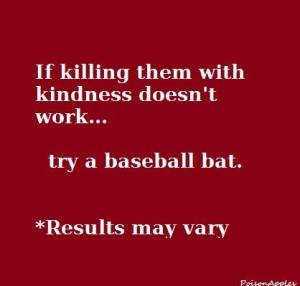 Really hoping a sturdy umbrella will also do the trick

At any rate, I didn’t want to deprive you of my latest pretty/shitty attempt. I’m leaning towards this one being mostly shitty, but I’ll let you decide.

I just realized it’s Friday. Well, that’s not quite entirely true. I’ve known since this morning that it’s Friday, Friday the 13th to be exact. I knew this because last night was the sleep over with the littles and so I had today off to hang with them and recover.

But dude, I forgot that it’s Friday and that Friday means pretty/shitty time. Ever so sorry.

Yes, entirely true. If you happen to see it, let me know. It’s fairly small, mostly slow, and not terribly bright. Probably shouldn’t let it go on walk-about by itself, but hey, what are you gonna do?

music, pretty/shitty, random shit that falls out of my brain, sex

bear with me, it’s been one of “those” weeks

I’m sure I’ll have something interesting and witty to say later, but right now I can’t be fucking bothered. But hey, don’t forget, next Friday those of us with ink are going to flash it for the rest of you. (keep it tasteful, for fuck sake) If you’ve already done a post about your ink, leave me the link in the comments and I’ll just pop that fucker into my post next week. Oh, btw, I just realized that’ll be Friday the 13th and I’ll be on vacation hanging out with my tiny homies. Word, yo. (honestly, what the fuck does that even mean? “word?” which fucking word?) 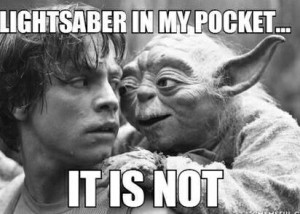 Fuck, pass the double shot mocha – we’re in for a long day.

Judging by what I’m seeing on others’ blogs, this “not good” stuff is going around. And while misery does love company, I don’t like misery of any kind. Like I said yesterday, I try my best not to bitch, but I think maybe it’s time to share a little of what’s been going on so y’all know why I’m maybe not my usual perky self.

I’m still not really sleeping all that great. Not getting enough sleep is probably the fastest way for me to get in trouble. Not enough for long enough will drive me into mania. And the higher up I go the farther down I fall. It’s a gradual process, contrary to what that rotten ass “Black Box” show would have you believe, so there’s hope there – acknowledging that that’s where I’m headed means I can do something about it. And I’m trying, but it’s kind of hard and it mostly sucks. I haven’t reached a dangerous place yet, but there’s emphasis on that YET.

Josh made some particularly poor financial decisions prior to meeting me, like not filing income tax. The government has found him and would like their money. Now. This all started last year and I was able to setup a monthly repayment plan with one of the states involved and that’s been fine. Not exactly exciting coming up with an extra $300+ every month, but whatevs. When the IRS came calling he decided to try appealing. A year later and there’s been no real progress made other than them denying the appeal and saying he still needs to file and then pay. I’m no help with this at all because the reason he didn’t file was that he was self-employed and didn’t know how. Never been there so hey, useless. They’re wanting something in the neighborhood of $10k. And there’s still one more state that should be wanting to get involved at some point.

My GI system apparently hates me because damn near anything I put in my mouth comes shooting out almost immediately. Normally my body has the decency to limit this behavior to mornings, but last night I got hit right after dinner. That meant I didn’t go to sleep until later. (see above section about not getting enough sleep) But I’m not losing any weight because why should I possibly get something decent out of this misery.

Work is kind of terrible right now. 99% of the time I absolutely love my job. I’m good at what I do and I love doing it, most of our faculty are great people, and I have a few people I work with directly that I really like. But summer is always super busy for us. Plus my boss is crabby as fuck about a project that’s not going her way (that I’m not in on, thank gawd), there’s a new implementation to prep for (that I think the timing on is utter shit), and two of my teammates do less work combined than your average dead earthworm. My talents keep getting recognized, which is awesome, but all that really means is more work for less money than the dead worms, plus more meetings which means less time in my office to actually do all of the work I’ve been tasked with.

So I guess all of that to say that I’m wound a little extra tight right now.

How will I manage? By being weird, of course! The idea for this little gem comes from Rose. She asked me the other day if I put together the photo/quote things I like to share, which I don’t, but that got me thinking – why not? I haven’t quite come up with a good idea for this bit yet, but I’m leaning towards pretty/shitty. The photo was done by someone else (found with the “licensed for non-comm ok to reuse and modify” bit) but the sentiment is all Mama. Let me know what you think. 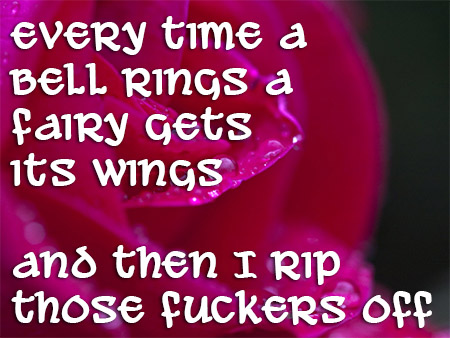